What is Lyme Disease and Why You Shouldn't Leave It Untreated 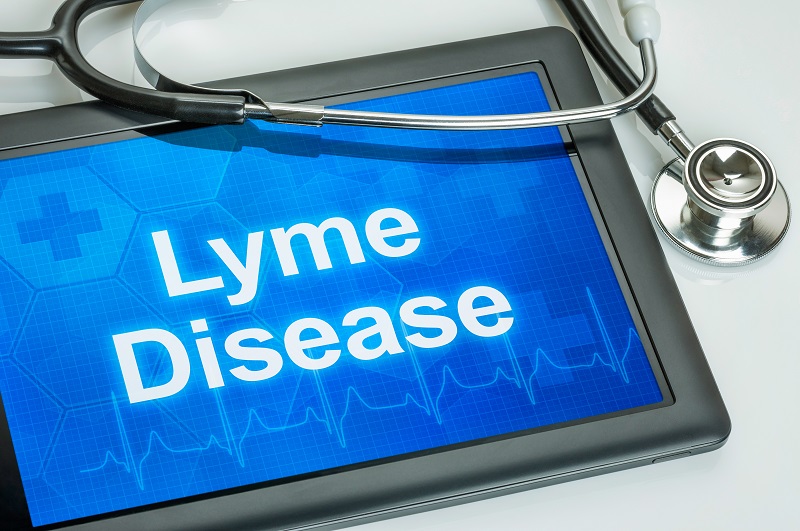 What is Lyme Disease

It is the most common vector-borne disease in America, caused by the bacterium (pathogenic spirochete) Borrelia burgdorferi and, in rare cases, by Borrelia mayonii. Infected black-legged ticks transmit Lyme Disease to humans through biting. Preventive measures for Lyme disease include:

The ticks that infect humans with Lyme disease can sometimes transfer other tickborne diseases too.

The signs and symptoms experienced by the infected person will depend on the disease stage they are in. Sometimes these stages may overlap. The symptoms and progression of Lyme disease can vary by individual. Some people with Lyme do not undergo all three phases.

Lyme disease symptoms usually start to appear in 1 to 2 weeks following the tick bite - bulls-eye rash being one of the earliest manifestations.

Usually, the rash develops at the tick bite site as an expanding red area surrounding a clear zone with a central red spot, looking like a bull's eye. It may feel warm when touched, but it does not cause any painful or itchy sensations. In most people, this rash fades away with time.

This rash is medically termed erythema migrans. Though this symptom does not occur in most people, erythema migrans are supposed to be the main indication of Lyme disease. On the other hand, some infected people may develop a solid red rash, whereas people having darker complexions may get a rash resembling a bruise.

2nd stage of Lyme disease occurs in 1 - 4 months after the tick bite.

The patient experiences an overall feeling of unwellness with a rash appearing on different body areas. Systemic infection is the primary characteristic of this stage of the disease, indicating that the whole body has become infected by the pathogen.

It is possible for the symptoms of stages 1 and 2 to overlap sometimes.

This stage has characteristic symptoms such as:

Signs and Symptoms that Rarely Occur

Some people also develop the following symptoms weeks after infection:

Symptoms of Lyme Disease in Children

Generally, Lyme disease symptoms that occur in children are the same as in adults. Most commonly, the children feel:

These manifestations may occur right after they become infected or months to years later.

Not every child with Lyme disease would have a bulls-eye rash. Results of an early study revealed that only 89 percent of children with Lyme had a rash.

Lyme disease results from the infection caused by the bacterium Borrelia burgdorferi. Although the majority of Lyme disease patients are cured after completing a 2 to 4-week course of oral antibiotics, some can still have symptoms of fatigue, pain, or trouble thinking, which may last for six months or more after the treatment. This condition is termed as Post-Treatment Lyme Disease Syndrome (PTLDS), Post-Lyme Disease Syndrome (PLDS), or Chronic Lyme Disease.

The exact reason why some people go through PTLDS is still not known. According to some experts, Borrelia burgdorferi triggers an autoimmune response that causes symptoms to persist even after the elimination of the infection. Autoimmune reactions are also known to happen after other infections, including chlamydia (Reiter's syndrome), campylobacter (Guillain-Barré syndrome), and strep throat (rheumatic heart disease). Other experts, on the contrary, believe that chronic Lyme disease is a result of persistent but difficult-to-detect infection.

Treating Lyme with long-term antibiotics can lead to severe and sometimes even deadly complications. Most patients encountering persistent symptoms of PTLDS will recover with time. Though, it may take several months for them to feel entirely well. So far, no standard treatment for PTLDS exists.

Why are Post-Treatment Lyme Disease Infections So Severe

Patients with PTLDS appear to have a high spirochete load because of either many tick bites or remaining unrecognized for Lyme for a prolonged duration. Unsurprisingly numerous people do not remember getting bitten or having a rash. After an extended period, mucopolysaccharides biofilms are created that protect bacterial niches.

Moreover, the persistence of more resistant spirochete forms, the cystic and pleomorphic forms of Borrelia burgdorferi, causes an additional suppression of the patient's immune system.

Lab tests are performed to identify the antibodies produced in the host against bacterial infection, which help rule out the diagnosis. These tests provide the most reliable results when conducted within the first few weeks after the tick bite (when the body develops antibodies). They include:

So far, antibiotics are the only traditional treatment option to treat Lyme disease. The patients tend to recover quicker and have better outcomes if treatment starts sooner.

A few patients still undergo some symptoms, like muscle aches and fatigue after completing the treatment. The reason why symptoms continue to appear is undiscovered, and antibiotics no longer help the patient.

The Complication with Antibiotic Therapy

According to a study on antimicrobial agents and chemotherapy published by ASM journal in June 2015, borrelia burgdorferi could form drug-tolerant persister cells. Unfortunately, these cells survive antibiotics due to the dormancy they achieve by antigenically changing their surface components and reducing exposure. This ability to remain undetected, along with the biofilms, makes antimicrobials ineffective. Therefore, Silver Cancer Institute and Center for Chronic Disease is now offering intermittent pulsing therapy along with the use of natural herbs and supplements to help overcome the biofilm and completely kill the pathogen.

Determining a treatment strategy based on the individual's genetic profile is solely personalized medicine, and it is necessary to evaluate each case in-depth. SCI offers personalized treatments custom-tailored for every patient, based on their genetic information and previous treatment profile, explicitly designed to ensure optimum progress. SOT, intravenous, and herbal therapies hold immense importance in a patient's treatment plan. The patient can also receive antibiotics in low and sparing doses if they desire to. High doses of antibiotics are usually avoided, focusing on the survival strategy of these microbes and their resistance to antibiotic therapy.

Natural Substances as a Treatment Option

Using natural substances as an integrative approach is a reliable and safest method of purifying the body from toxins, eliminating infections, and stabilizing the patient's immune function.

Some herbs naturally happen to have a wide range of antimicrobial properties, and fortunately, this therapeutic activity of herbs can now be evaluated.

Besides having antibacterial, antiprotozoal, antiviral, and antifungal activity, some herbs are potent anti-inflammatory agents and help restore the patient's immunity. Their antioxidant ability also shields the body against cancer, cardiac diseases, and several other conditions neutralizing free radicals.

As a treatment, SOT therapy from Research Genetic Cancer Centre utilizes the messenger RNA to modify the Lyme or viral infection genes. The laboratory identifies particular genes in the Lyme organism and viruses, which are then targeted to damage and kill these microbes. This type of therapy is also called antisense therapy, in which almost 1 billion copies of antisense oligonucleotides are created to fight Lyme and co-infections. At SCI, patients are always given SOT therapy combined with herbs, natural substances, oxidative therapy, and antibiotics.

Intravenous Therapy for Lyme and Co-infections

New anti-inflammatory intravenous therapies can provide a boost to the immune system that it needs to combat infections. Also, they can repair tissues affected by Lyme disease. Most patients exhibit improvement in their energy level and restoration of muscle strength.

To get more information on Lyme disease or its treatment plan, feel free to call us at 480-860-2030 or visit our website www.silvercancerinstitute.com.