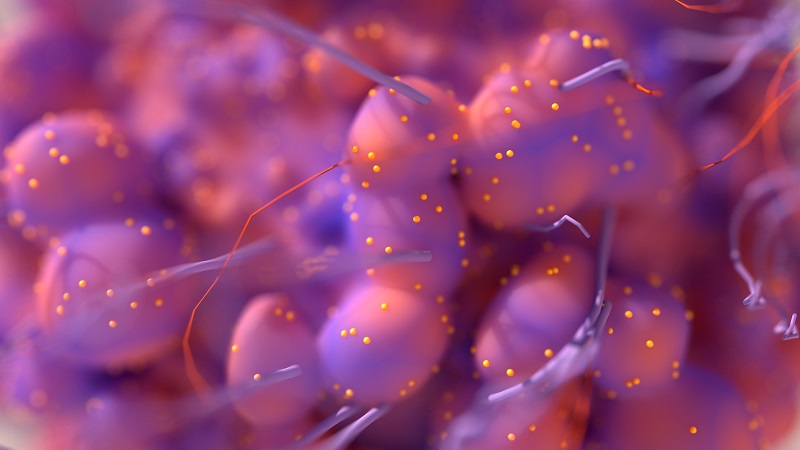 If a person gets diagnosed with cancer, their doctor will tell them what stage it is. The cancer stage represents the size of the tumor/cancer and its extent of spread from the origination point.

Stages from 1 to 4 (4 being the most severe) are used to specify cancer and determine how it will affect the human body.

It is essential to know the stage of cancer for several reasons:

What is Stage IV Cancer

A diagnosis of cancer stage 4 suggests that cancer has disseminated or metastasized. This spreading of cancer cells from the primary tumor to other body organs is known as metastasis. Malignant tumors are masses of the body's cells developed from uncontrollable cell division because of mutations in their genes. They do not act like normal cells and sometimes drift away from the original site.

Metastatic dissemination denotes the harmful features of cancer. Targeting metastatic cells is more challenging than cell proliferation of the tumor because of the involvement of several complicated interactions among cancerous growth and stroma.

Two main pathways cancer cells use to spread are:

The American Joint Committee on Cancer has developed a cancer classification system, called the TNM system, which most doctors use to assess a patient's cancer stage.

The M1 score classifies cancer as stage 4; however, the T and N numbers also account for the prognosis of the disease.

Some stage 4 cancers are divided into sub-stages, 4A and 4B.

Cancer cells reach different parts of the body in a sequence that include the following steps:

In most cases, spreading cancer cells, at any step, die during this process. But, if the patient's condition favors the spread of cancer cells at each step, new tumors will develop in other body parts. Sometimes, metastatic cancer cells stay inactive at the new site for multiple years before growing again (in case that happens at all).

Stage 4 or metastatic cancer can reach and start to grow in nearly any organ or site of the body. However, some types of cancer would more likely invade particular areas. The list below mentions the most common sites of metastasis for some common cancers:

Stage 4 cancer or metastatic cancer usually does not produce symptoms. But when manifestations appear, their nature and frequency depend on the cancerous tumors' size and site.

Some signs of stage 4 cancer, that occur most commonly include:

Doctors stage cancer after it is officially diagnosed. The most common standard types of tests performed to diagnose and stage cancers include:

Cancer cells take several years to form a large tumor to be actually detected by standard tests or cause symptoms. Unfortunately, this is the reason why most patients remain unaware of an early warning for cancer. However, the good news is that various new and little-known tests now determine the chances of cancer development before it has already reached stage two, three, or four.

These tests do not just detect cancer earlier than any traditional scan, but they also give the count for cancer cells circulating in the patient's blood, and the type of chemotherapy and natural substances are required to eliminate cancer.

The stage 4 cancer prognosis can be different for every type of cancer. It can be challenging to treat some cancers as they have fewer treatment options; in contrast, others may be less severe and have more options for treatment. Such as, almost 22% of stage 4 breast cancer patients survive for five years or more, but with stage 4 thyroid cancer, nearly 89% of people may live for more than five.

The National Cancer Institute collects and publishes statistics for cancer in their Surveillance, Epidemiology, and End Results (SEER) Program database. SEER and other major registries do not typically classify cancers based on the TNM staging system; instead, they use the following categories:

The list below shows five-year survival rates (compared to people without cancer) from the NCI's SEER Database for a "distant" diagnosis of the most common cancers between 2010 to 2016. Lymphoma and leukemia are exceptions because doctors stage them differently.

A patient's survival rate broadly varies depending on the cancer grade, cancer type, PS score, age, and other factors. A patient's performance status (PS score) contributes a considerable part in determining the prognosis of several malignancies. Other traits can include gender, overall health, and smoking (active or passive).

The type of therapy a patient receives will depend on their primary cancer, its spread, previous treatments, and overall health. Treatment options that exist for most types of stage 4 cancers include:

Usually, the purpose of treating metastatic cancer is to stop it or reduce its growth. Although some people may live for years after standard treatments control their cancer, they do not work for every patient.

The Human Genome Project has initiated the commencement of modern cancer treatment and laid the grounds for personalized medicine, genuinely tailored to every patient based on specific gene mutations detected in their cancer cells.

After extensive evaluation, chemosensitivity and natural substances sensitivity testing have allowed Silver Cancer Institute and Center for Chronic Disease to formulate a unique customized treatment plan for each patient. It includes:

Do not hesitate to call us at 480-860-2030 or visit www.silvercancerinstitute.com for further information on personalized cancer treatments.