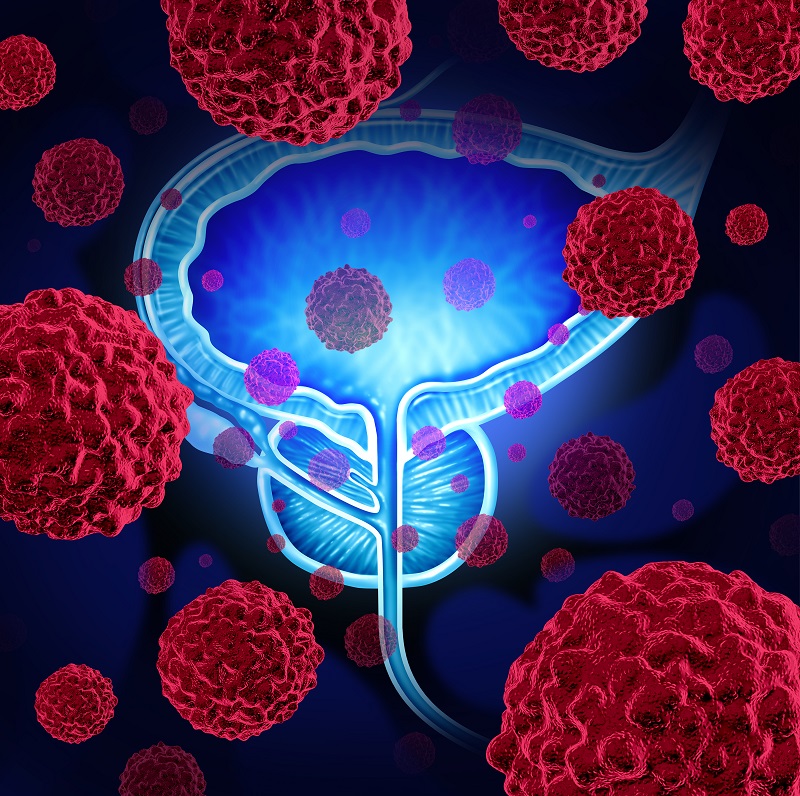 Prostate cancer is known as the uncontrolled (malignant) increase of cells in the prostate gland. The prostate gland is positioned beneath the bladder and in front of the rectum, surrounding the urethra. This walnut-sized gland in men produces fluid that helps to make semen.

According to research, 1 out of 5 men in the United States are diagnosed with prostate cancer throughout their lifetime. Prostate Cancer is one of the two leading causes of death in the United States. The incidence of this disease is also increasing outside the western world and is becoming a global problem. The American Cancer Society estimated that in the year 2021, 248,530 men will get diagnosed with prostate cancer, and 34,130 will die from it.

Prostate cancer starts in the prostate gland and advances when it spreads from the prostate to other parts of the body.

Cancer starts spreading when the cells break away from the primary tumor and enter different body sites. The phenomenon is known as metastasis.

Most commonly, prostate cancer spreads to the following organs:

The tumor spreads to nearby lymph nodes only.

The tumor spreads to distant parts of the body, such as organs or bones.

If cancer has not spread outside of the prostate, many men do not experience any symptoms. Some might feel trouble while urinating or notice blood in their urine. In metastatic prostate cancer following symptoms can be experienced:

Other symptoms may include:

Every man is at risk of having prostate cancer. Approximately one man in nine will be diagnosed with it during their lifespan. In addition to being male, other things contribute to the risk, including:

Prostate cancer is more common in African American and Caribbean men of African ancestry than in other groups. When prostate cancer develops in these men, they are likely to be younger. The occurrence of prostate cancer has less probability in Hispanic/Latino and Asian American men, whereas in non-Hispanic whites, it is usual.

Prostate cancer is increasingly common in North America, northwestern Europe, Australia, and Caribbean islands. Whereas, in Asia, Africa, Central America, and South America, it is not prevalent.

The reasons for geography differences are not clear. However, in developed countries, higher intensity screening for prostate cancer is one of the reasons for this difference. Other aspects such as lifestyle changes and diet also have an impact. For instance, Asian American men are at a relatively lower risk of developing prostate cancer than white Americans. But, the risk is comparatively higher than the men of the same ethnic backgrounds who live in Asia.

In some cases, inherited or genetic factors could also contribute. However, the risk of developing prostate cancer is still high in men without a family history of it. Men who have a father or brother with prostate cancer are more likely to get the disease. The risk increases if several relatives are affected with prostate cancer, specifically at younger ages.

Mutations in genes are likely to increase the risk of developing prostate cancer in men. Following are some examples:

Men who eat dairy products in a large amount seem to have a slightly higher probability of getting prostate cancer. That is because of an increased amount of calcium present in the body.

A few investigations have shown that men with higher weights are at a lower risk of developing an aggressive form of prostate cancer.

Tests and procedures for diagnosis may include:

Doctors perform the following tests to screen for prostate cancer:

The biopsy process involves removing a sample of cells from the prostate using a biopsy device. These cells are then observed under a microscope. The pathologist will look for cancer cells in the tissue sample.

With early detection of prostate cancer, immediate treatment could be possible. Standard treatment for stage 4 cancer includes both targeted and systemic therapies. Most of the men might need a combination of therapies. The goal of the treatment regimens is to shrink the tumors and suppress the symptoms.

Hormone therapy is the first approach in the treatment regimen. It is also known as androgen deprivation therapy (ADT). If there are no androgens in the body, prostate cancer can not grow. Androgens include testosterone and other hormones. Hormone therapy controls the male hormones that cause the prostate cancer cells to metastasize. If the androgens are reduced to a small number in the body, it can slow the growth and shrink the tumor.

Internal radiation therapy, also known as seed implantation or brachytherapy, is another type of radiation cancer treatment. In this process, tiny radioactive seeds are inserted into the prostate of the patient. The implanted seeds will release permanent low dose or temporary high doses of radiation.

The process of chemotherapy is applied to kill cancer cells throughout the body. This treatment includes shrinking existing tumors and slowly preventing the growth of new cells.

If a patient is not responding to hormonal therapy, then immunotherapy comes into consideration. Sipuleucel-T (Provenge) is a vaccine that is used in the treatment of stage 4 prostate cancer. This vaccine is produced from the patient's white blood cells. The patient will receive Sip-T intravenously in three doses.

Surgery is not often considered to treat stage 4 cancer but is recommended in some situations. Men who experience symptoms like difficulty in passing urine might need surgery.

There are two types of surgery for stage 4 cancer:

By molecularly characterizing tumors, Silver Cancer Institute and Center for Chronic Disease can use the information on the DNA and RNA to improve treatment for everyone.

The treatment plan includes the following: